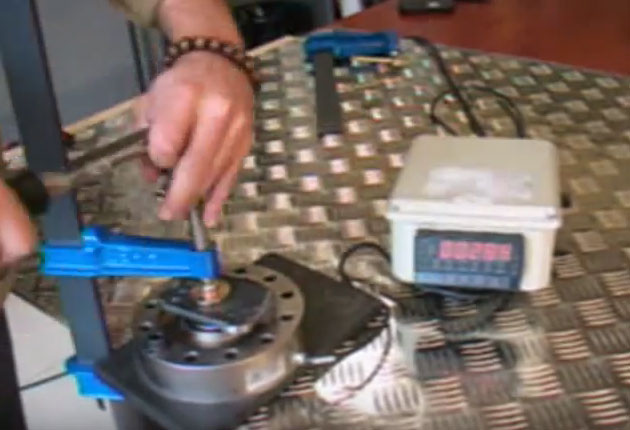 In this article we would like to show you the differences to be found in something so simple as a clamp’s pressure system. For 50 years our company has been developing patented clamping pressure systems for professionals (toggle system, triangular threaded hidden screws, hydraulic system, …) and during all this time our studies have always led us to the same conclusion – the best system for professional work is the piston system. We have been proved correct not only by our tests but also in all the markets worldwide where we market it which previously only used the traditional system, they end up changing to ours. The true professional immediately realised the difference once changing.

The system comprises of a hollow threaded piece in which to fit the piston, a double threaded screw (left/right) and the piston itself with a lengthwise slot once properly put into place and the whole mechanism fixed the piston’s running is stopped.

The overwhelming advantage of this system is that the pressure is lineally exercised which prevents any movement of the pieces being held. Other advantages of the system with its double threaded screw is its double advance which means more pressure for less effort and the double pressure wedge of its triangular screw preventing any loosening of the pieces held even under vibration.

This is the most standard system the world over for clamps consisting of a cast iron threaded piece, a trapezoidal threaded screw with a semi spherical end and a head with a space for the latter.

As far as we understand this system doesn’t better in any mechanical sense but what we can see is cheaper costing and faster mounting of the tool. We don’t by this, mean that this isn’t good enough for most jobs but what we do wich to emphasise is that there are mechanical developments possible which can make the traditional system better.

on "Piston System: Classic for us, Unknow for the rest."